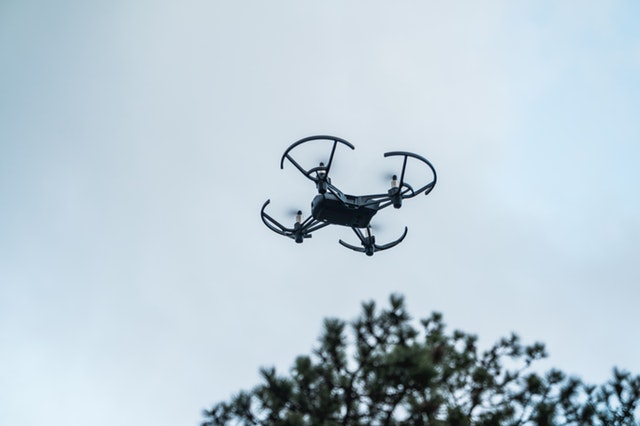 At first, it’s a little bewildering to hear a whirring noise in the air and look up to find a drone hovering above you. On a recent trip to our local park this summer, my girls and I had such an encounter. If you have an overactive imagination as I do or have seen too many Hollywood sci-fi movies, your mind may start to wander to all the crazy reasons why this drone is here hovering over you. More than likely in the urban environment, it’s some high school student having a little fun flying around, spying on the neighborhood. If you’re out in the rural areas, it could be a farmer using the latest technology to make important crop management decisions or checking up on livestock.

Unmanned aerial vehicles (UAVs) or drones have been around since the 1980s but their roots date back to World War I. Drone adoption has exploded in recent years and they’ve expanded across many different industries and throughout the world. It’s just been within the last five years that drones were introduced into agriculture, according to DroneDeploy. In the future, drones for agricultural use are projected to make up almost 80 percent of the commercial drone market and have the potential to create an additional 100,000 jobs in the U.S.

You may be asking yourself how technology such as drones helps farmers
In the past, farmers had to walk their fields to monitor for plant health, disease and insect infestations, soil health, irrigation issues and other factors. This practice took time and they were only able to spot check certain parts of the field. The field could look fine on one end and the farmer might think it was progressing well. But, they might not realize on the other side of the field an insect infestation was starting to take hold. The onset of technology has improved a farmer’s capability and efficiency to monitor crops and implement management practices.

Precision agriculture from GPS to drones
Technology is now a part of everyday life for farmers. They’re constantly trying to improve operations ensuring they’re producing crops in the most sustainable, efficient manner possible. Precision agriculture allows farmers to manage their operations using technology to make better decisions. Using technology such as GPS mapping, farmers can drill down to individual acres to determine what’s happening in the field and what actions they may need to take. So, instead of treating a whole field for an issue the farmer can treat specific areas within that field, which reduces inputs into the land and the cost associated with those inputs.

Drones are a new technology to agriculture farmers are just beginning to see as a benefit to their operation. Drones allow farmers to take technology one step further from tools such as GPS mapping. Farmers can get a clearer image of their fields as they aren’t obstructed by cloud cover. Photos are more detailed and they’re able to gather this data in a more cost-effective manner. Different types of views are also available with drones. On the basic level, you can see the field at the crop level to identify soil health, irrigation issues and insect and disease pressure. Next, farmers can take the data gathered and combine it with other data they’ve collected to get a more detailed picture of what’s happening. They can also scout the fields at any time they’d like to monitor how the field is doing over the course of the growing season. In other words, they can monitor their fields in real-time versus having to wait for satellite pictures. Prior to the use of drones, farmers had to order satellite images in advance to get the data they want and at a higher cost. 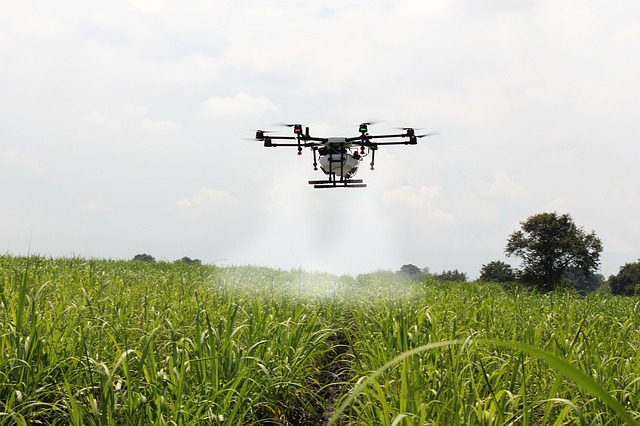 Drones are also starting to be used in livestock management
For ranchers, drones have the potential to change how they manage their herds. It provides the opportunity for ranchers to extend their visibility in real-time.

Technology will help farmers meet global challenges
For crop producers, the main point of all this technology is how can they help their plants thrive and beat issues such as plant disease and insect infestations. With livestock producers and ranchers, how can they help keep their animals healthy and contained.

The world’s population is projected to reach nine billion by 2050. With the increase in population, agricultural consumption will increase by nearly 70 percent yet the available amount of farmland will decrease significantly. On top of all of this, we are also seeing more extreme weather events that greatly impact agriculture productivity. Farmers must embrace new technological strategies and tools such as drones, to increase productivity and yields in a sustainable manner. Drones have the potential to revolutionize the agriculture industry, which will surely impact us all.

Finally – just for fun!
If you like to get sucked into searching random things on Google, here are some fun links to explore about what drones have captured on video.